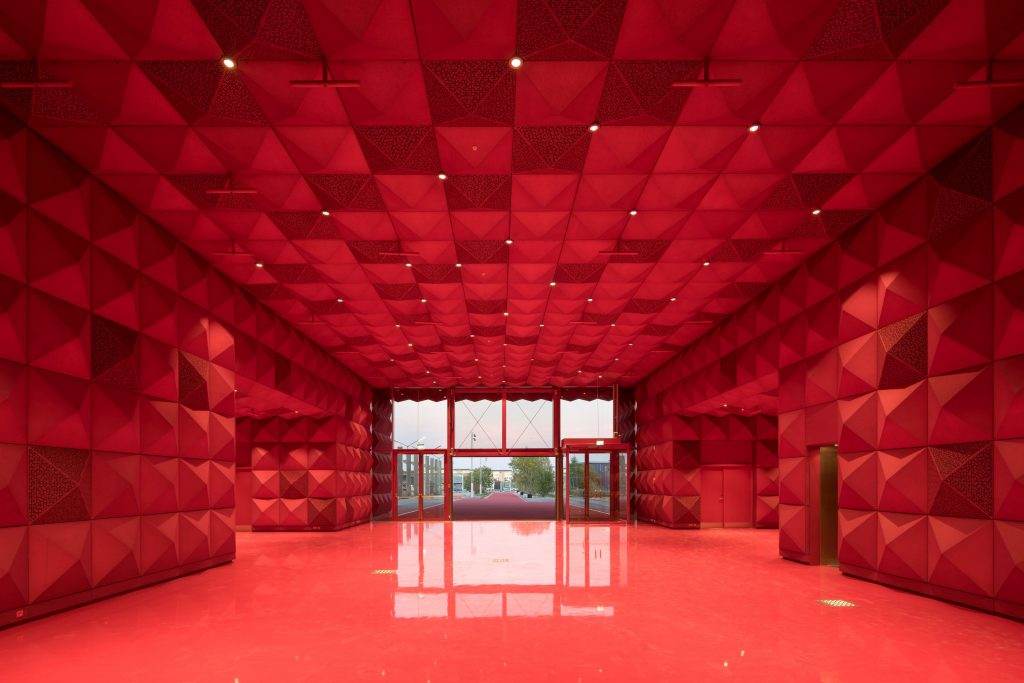 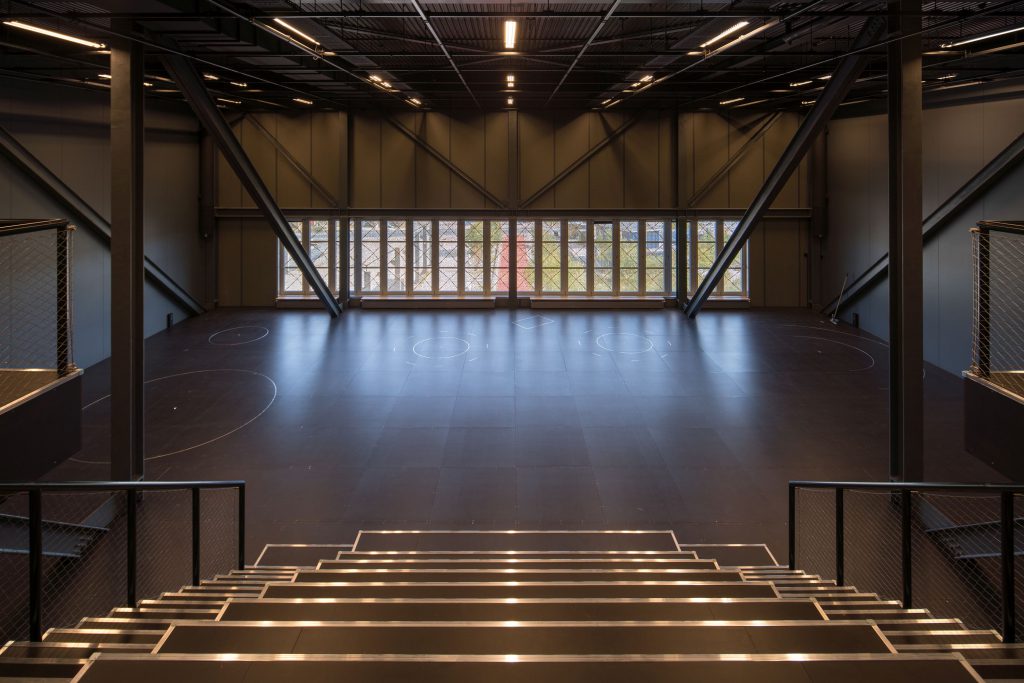 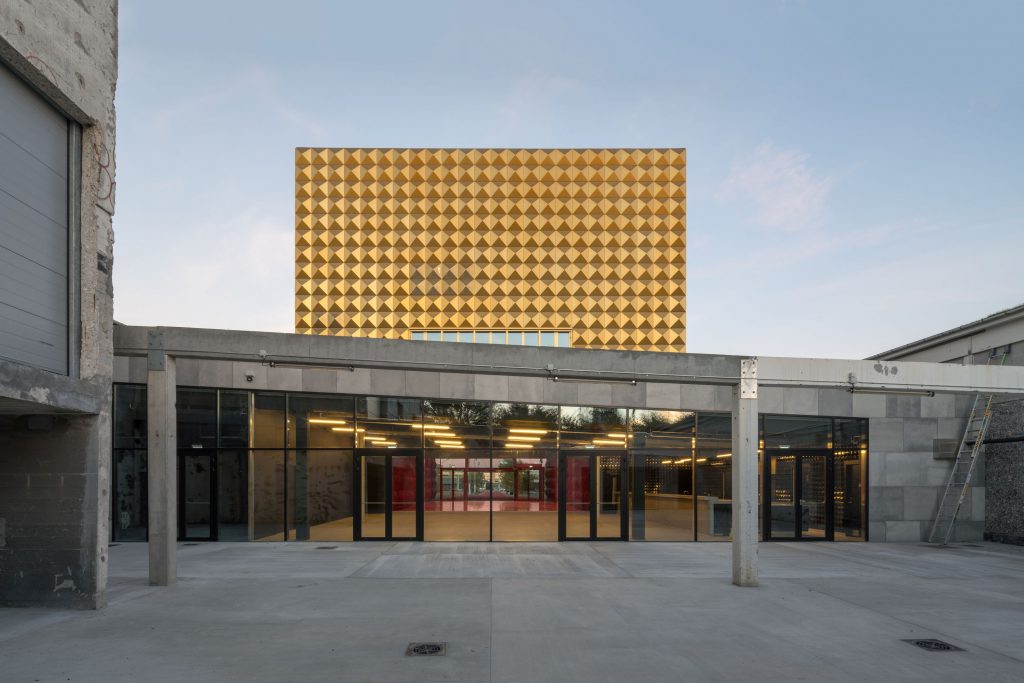 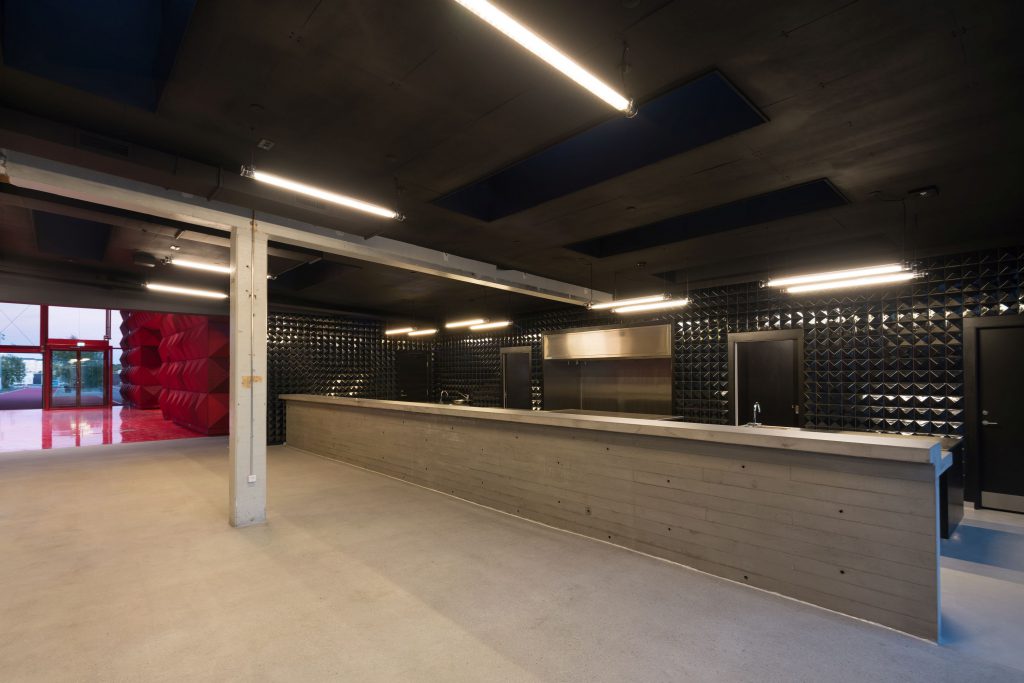 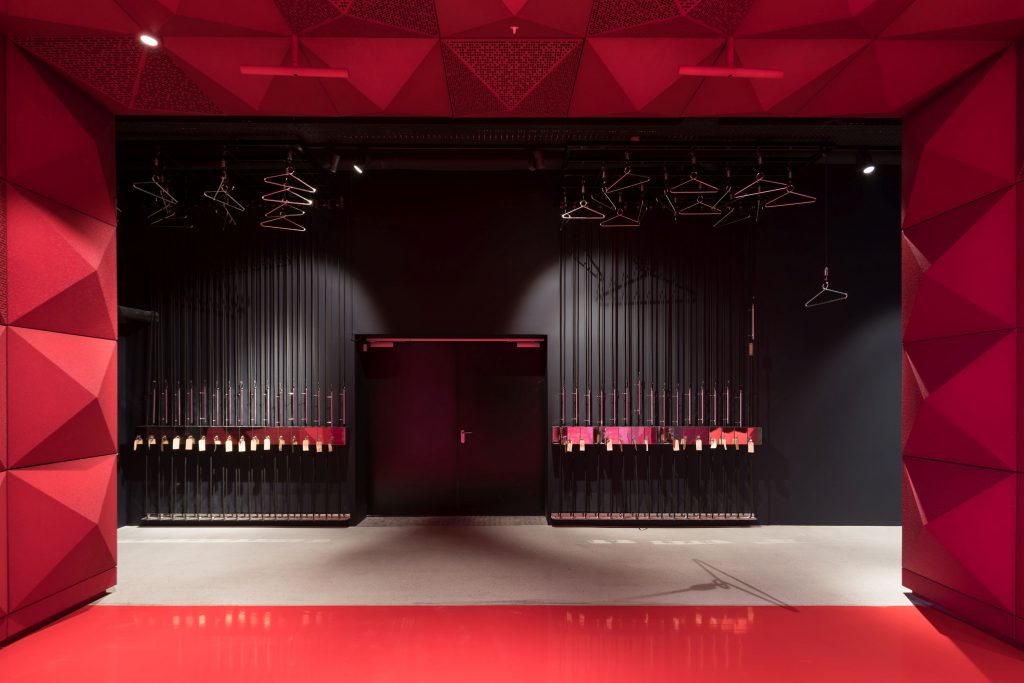 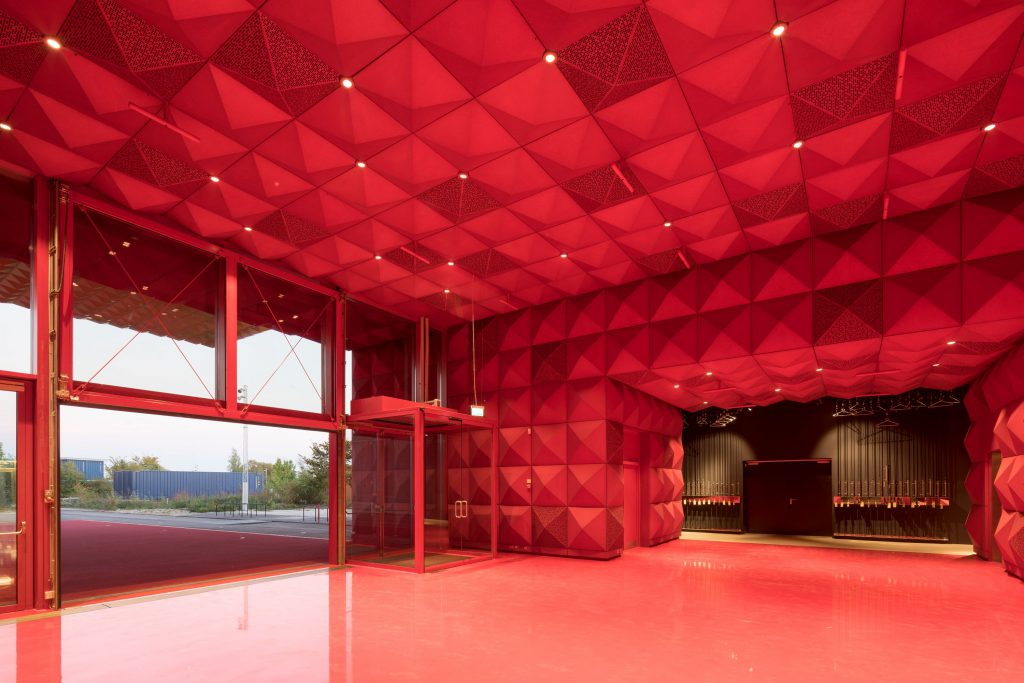 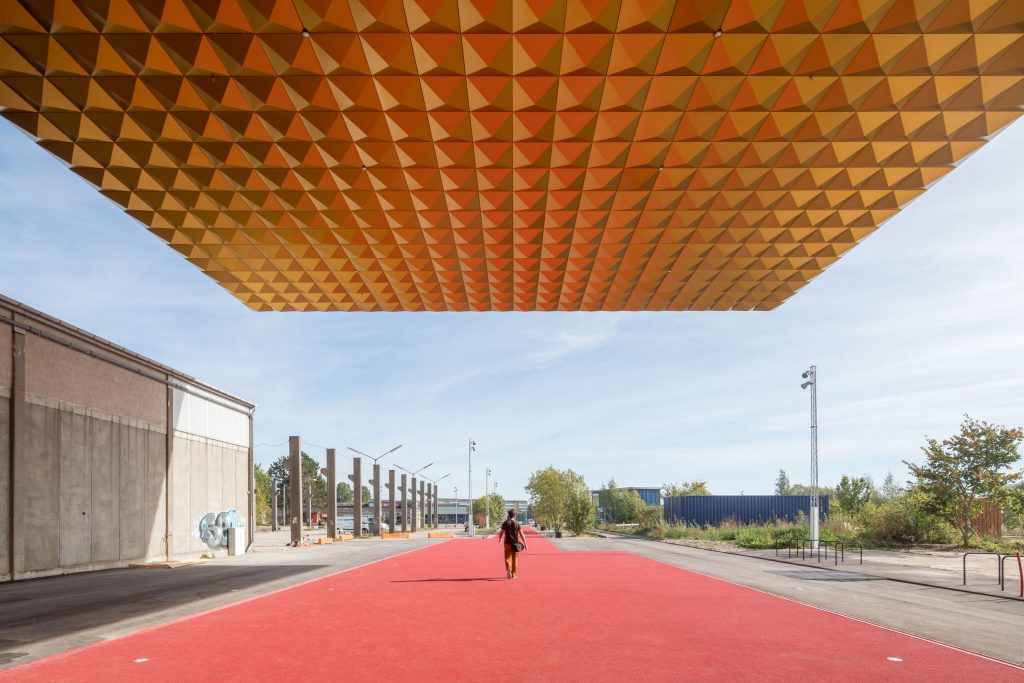 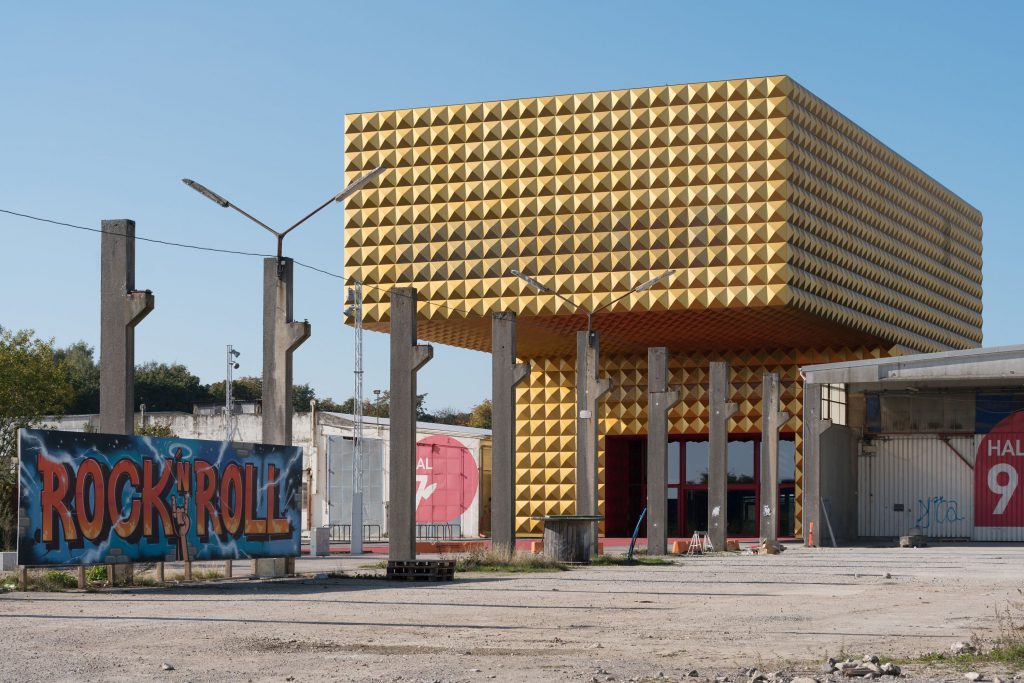 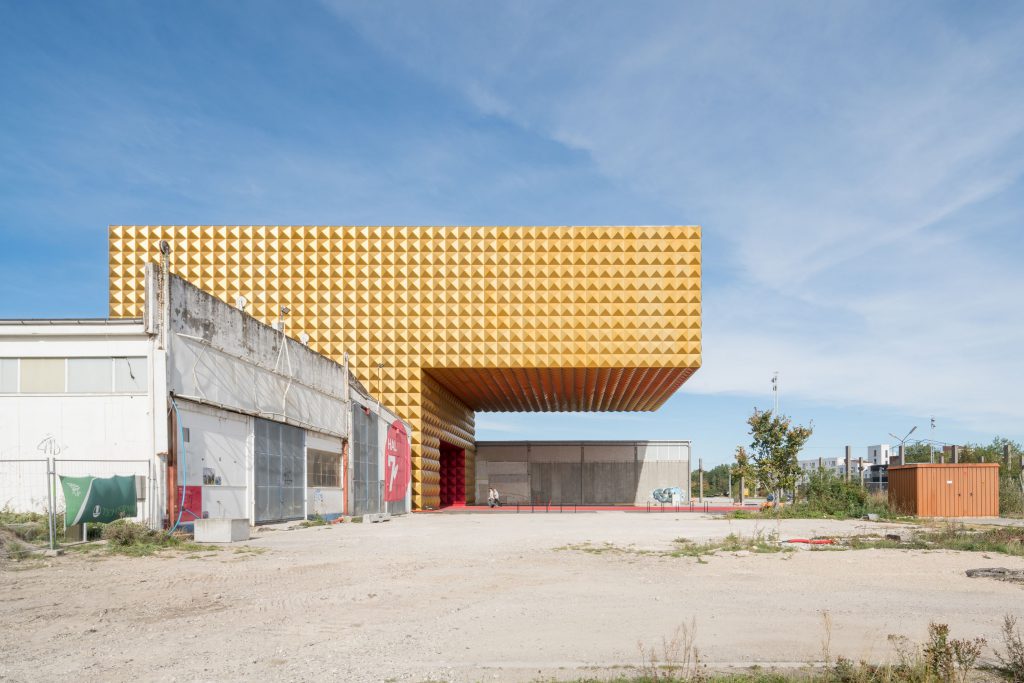 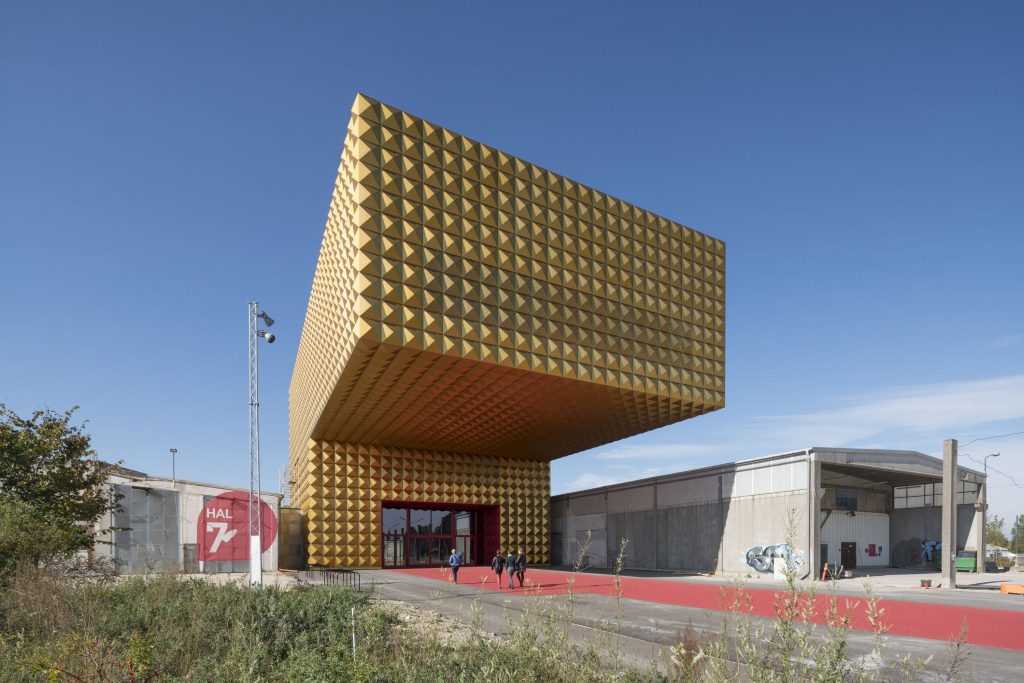 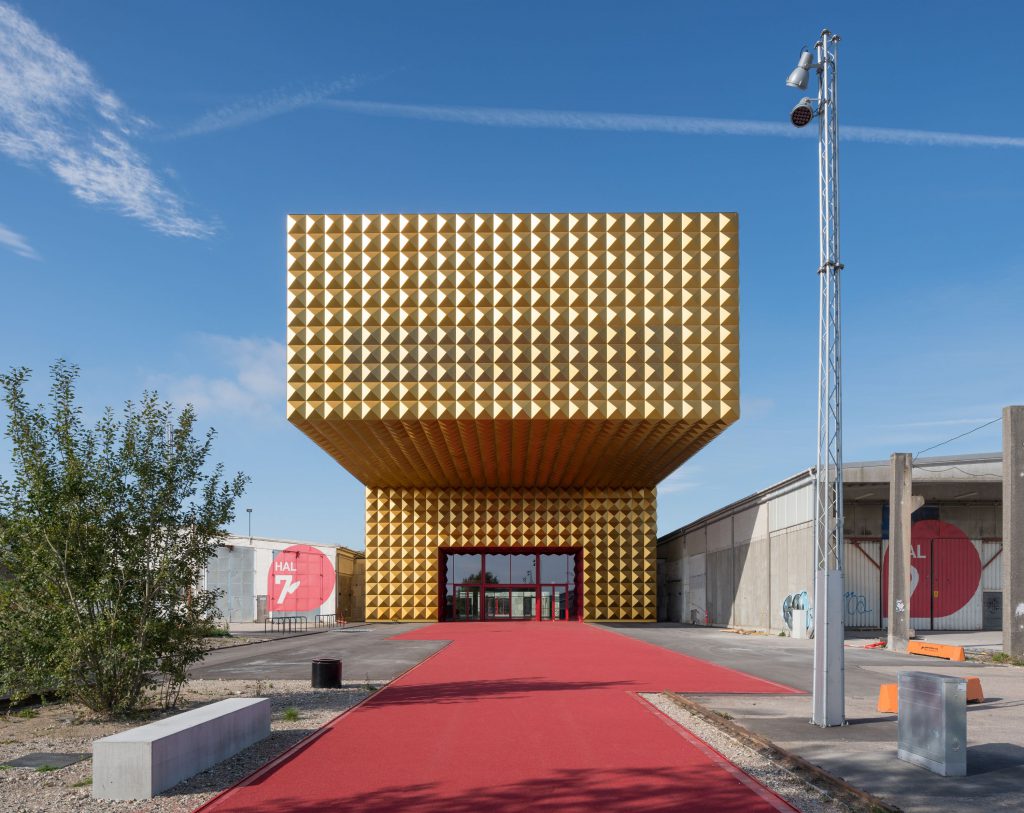 Let there be Rock!

MVRDV and COBE are planning an entire rock district in Roskilde. The frontman has already been completed.

Ragnarock, MVRDV and COBE’s museum of pop, rock and youth culture in Roskilde, Denmark, stands as an architectural embodiment of rock music which hopes to inspire a new generation of musicians, artists and creative professionals. The 3.100m2 building, complete with colossal cantilever, houses the main museum experience which also includes an auditorium, administrative facilities and a bar. The golden studded building stands as the front-man in a larger 11.000m2 masterplan, ROCKmagneten, which looks to transform the existing cement factories on the site into a district for rock music and youth culture whilst adding three new buildings, the completed Ragnarock, a new Danish højskole and the headquarters for the Roskilde Rock Festival.

Ragnarock, designed for the Danmarks Rockmuseum, aims to touch the existing site as lightly as possible with the intention to preserve the raw and informal character of the site which has been, and still is, used by skaters and artists alike. The new structure plugs into the factories, standing on four legs which take visitors up into the museum and auditorium above. A clear divide, identified by a separation in materials, distinguishes the old and the new; raw concrete in contrast with vivid red studs. The combination of materials radiate a rock-like atmosphere; from the golden anodised aluminium studded façade which pays homage to lead singers throughout rock history, to the vivid red interior, reminiscent of a guitar case’s soft velvet inside.

“Ragnarock is the translation of rock music into architecture; the energy, the defiance, the statement. Loud and in your face!” says MVRDV founding partner Jacob van Rijs, “It’s not just the looks though. The relationship between Ragnarock and the original halls creates spaces that will breed a new generation of rock stars in a hugely creative environment.”

The experience throughout the building takes visitors on a journey into the life of a rock star, combining traditional museum with immersive exhibitions. The red carpet welcome, the rise to fame up to the performance space which hangs daringly in the air, and the inevitable fall down to the bar. “Walking towards the golden building over the red carpet will turn each visitor into a star,” Jacob van Rijs explains about the approach to the museum. Ragnarock itself also becomes an stage; performances can either face the large public plaza on one side, or the refurbished industrial halls on the other. The golden overhang defies gravity in a true rock and roll style and welcomes visitors not only into the museum, but also in the future will act as the entrance into the larger ROCKmagneten masterplan.

The social intentions of the scheme open up new possibilities for music creativity by providing an inclusive environment with constant connections between education, leisure and performance. The buildings themselves, led by Ragnarock, inspire but also leave room within the scheme, such as outdoor plazas, to breed creativity through a new social, informal platform.

Ragnarock stands out in its environment as a catalyst for future development. Architecture editor Karsten Ifversen described the museum, in the Danish newspaper Politiken, as a modern day cathedral, “This is how cathedrals were built in the past; in unknown areas. You built them in the middle of nowhere and then the city emerged around them.” Ragnarock is the first band member in the new masterplan for the creative suburb ‘Musicon’. The process over the coming years will see new members joining the stage: the rock højskole, a regenerated concrete factory hall marked by a hovering volume; and the Roskilde Festival housing, a dynamic environment accommodating the future students and teachers of the højskole. Both MVRDV and COBE will continue to work on the next phases of the masterplan and look forward to presenting them in the future.