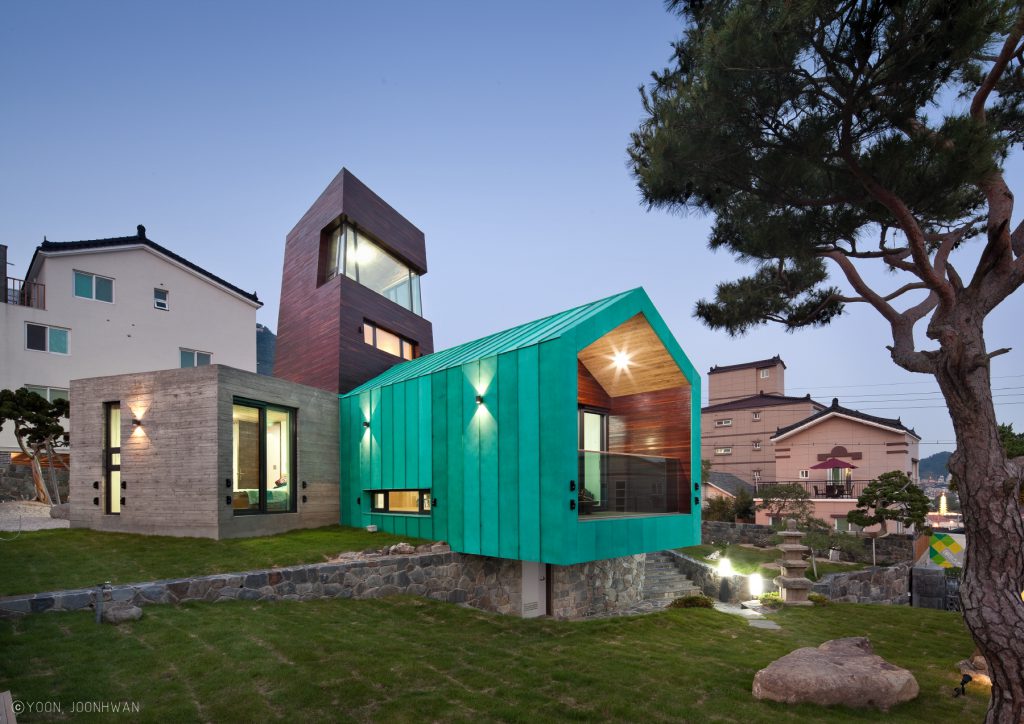 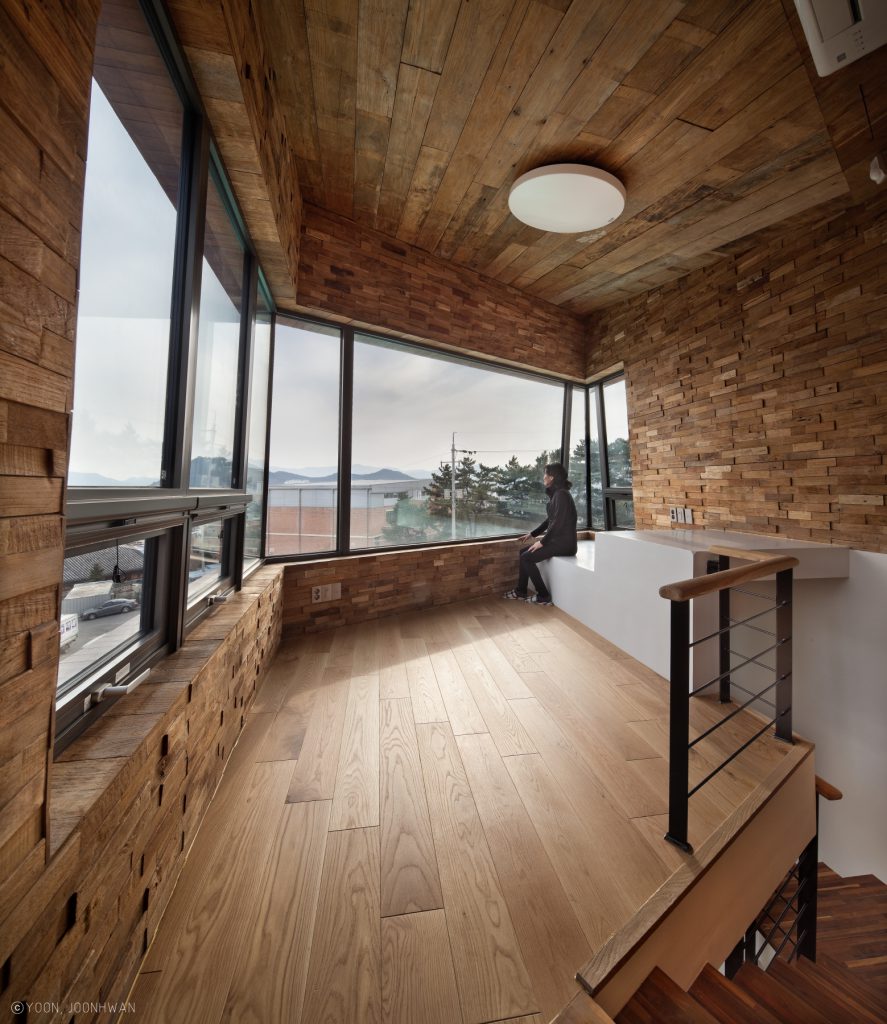 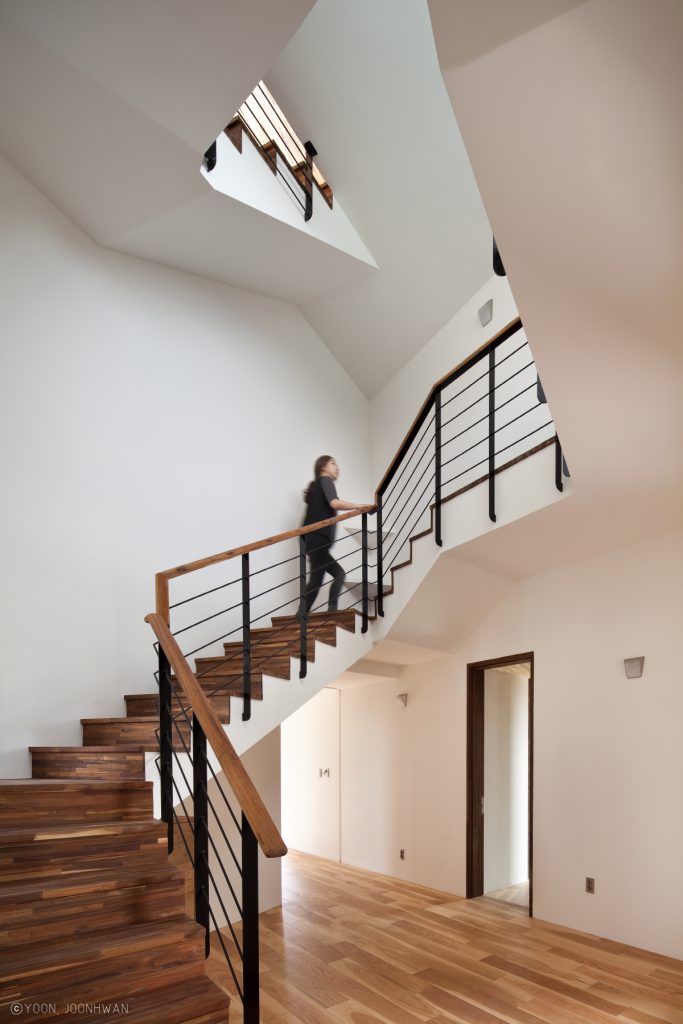 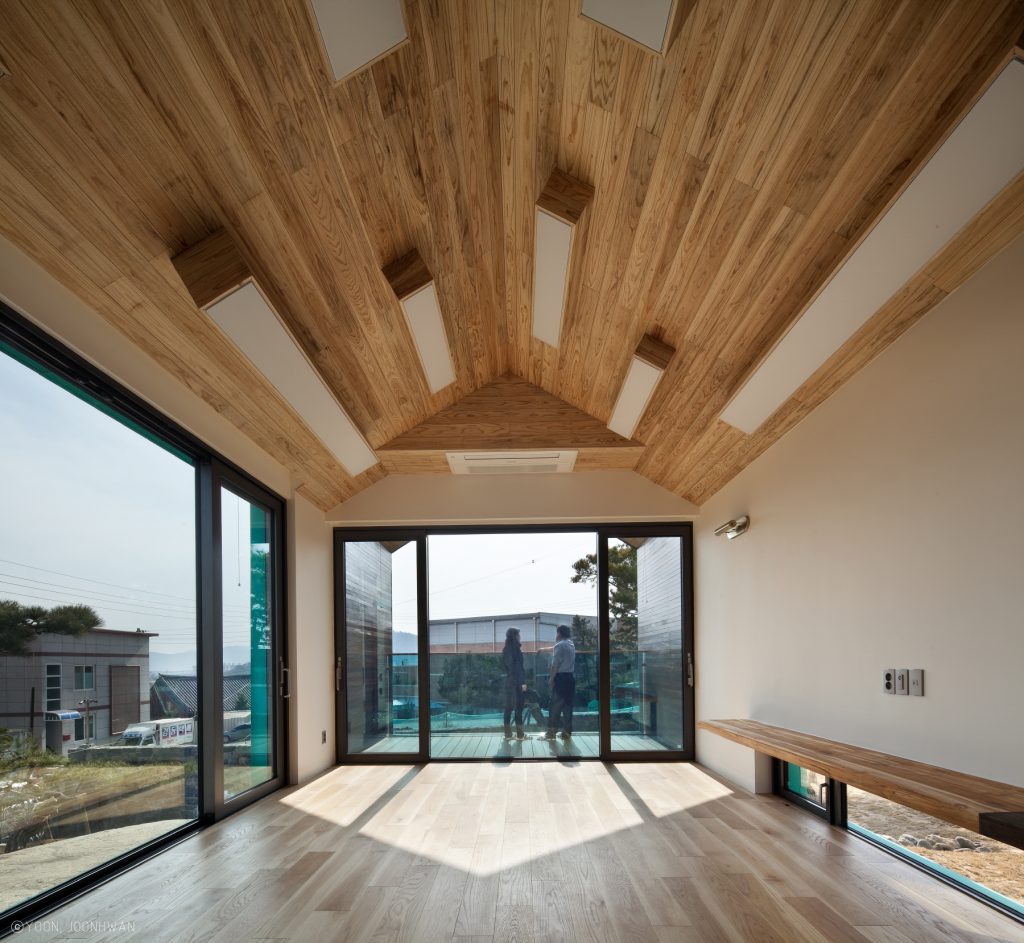 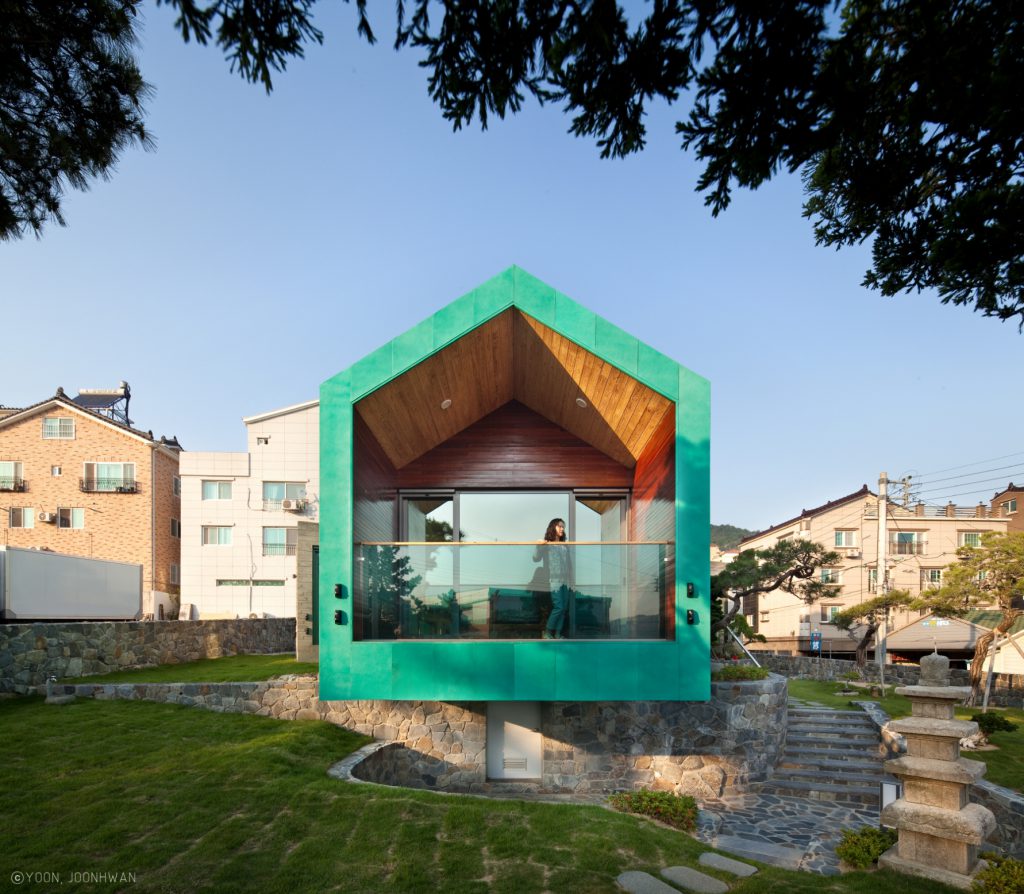 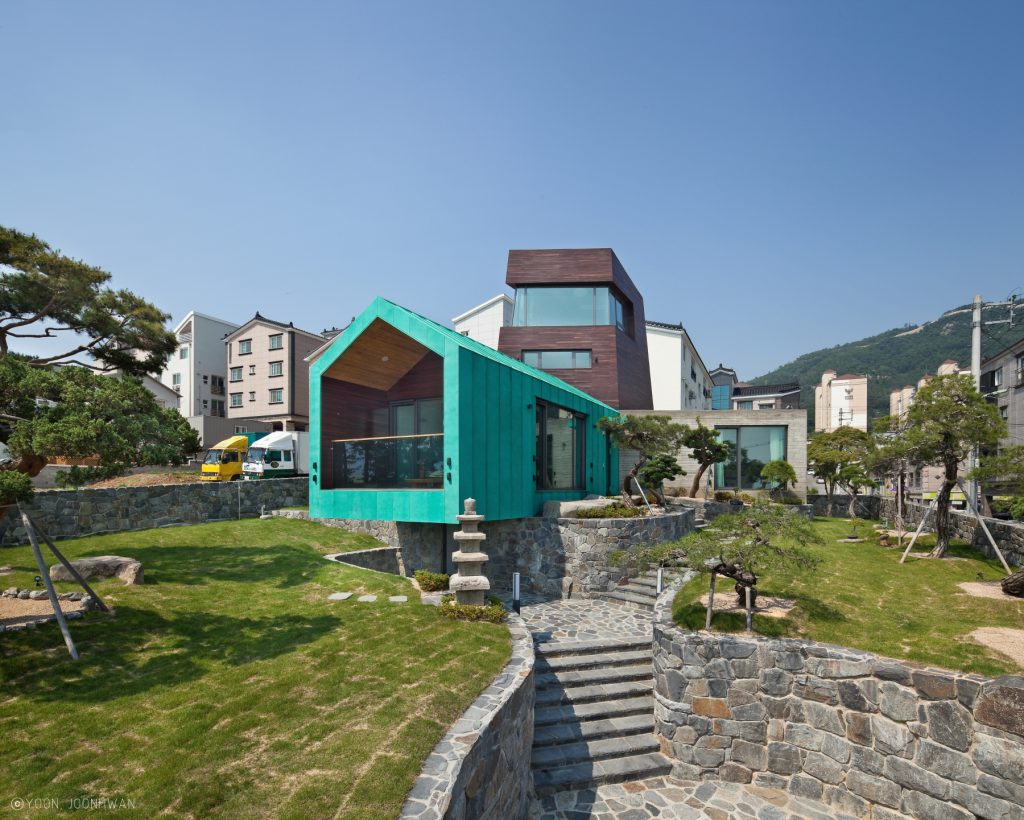 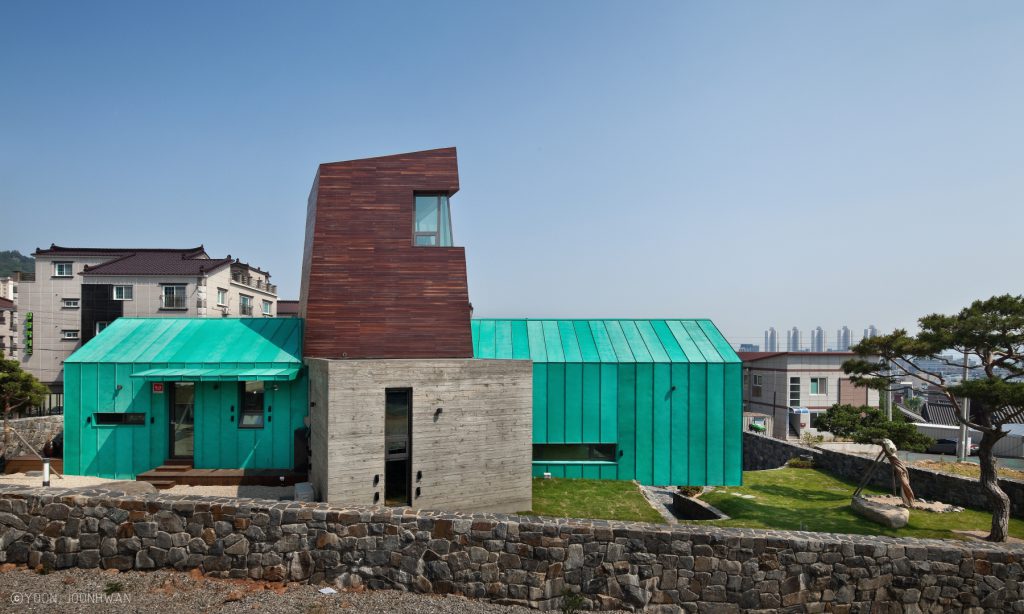 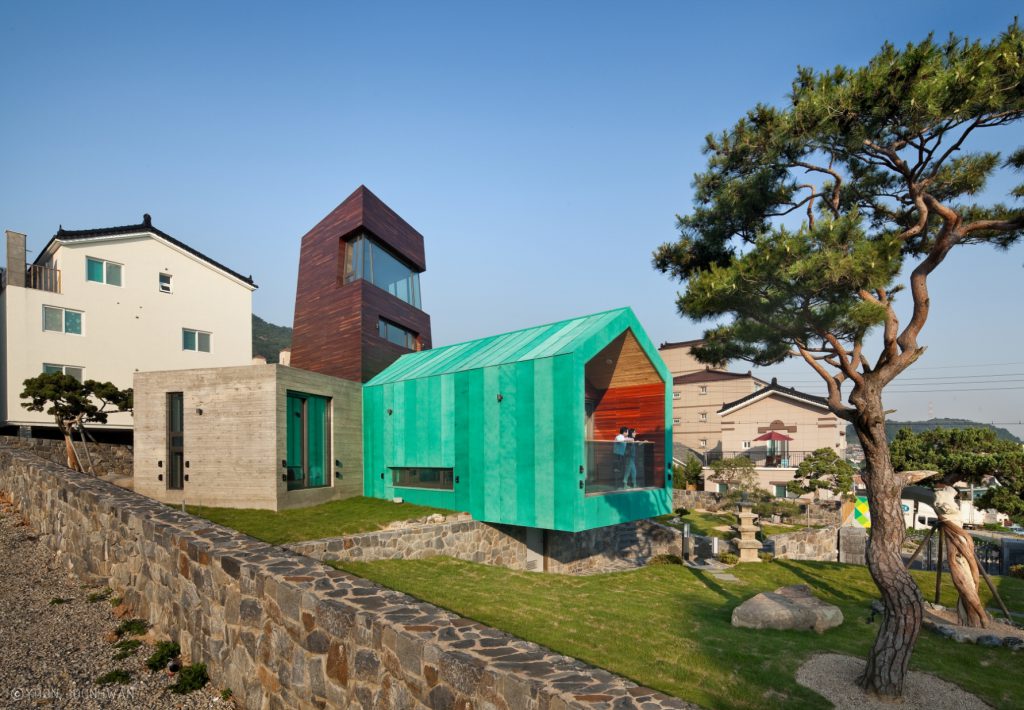 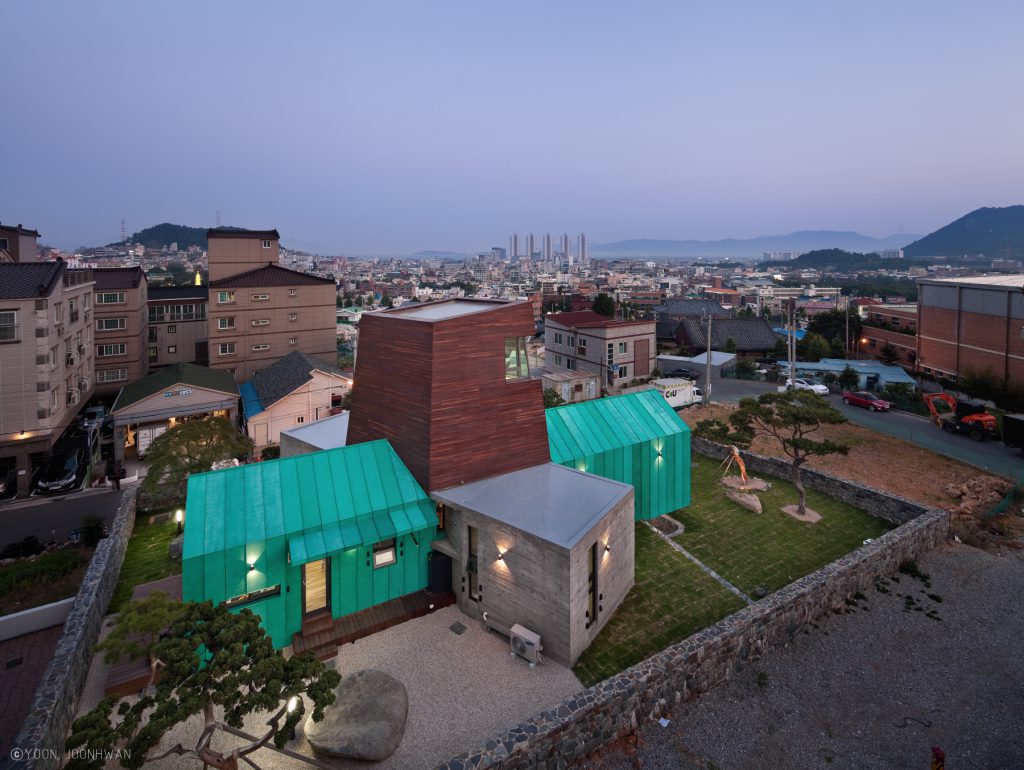 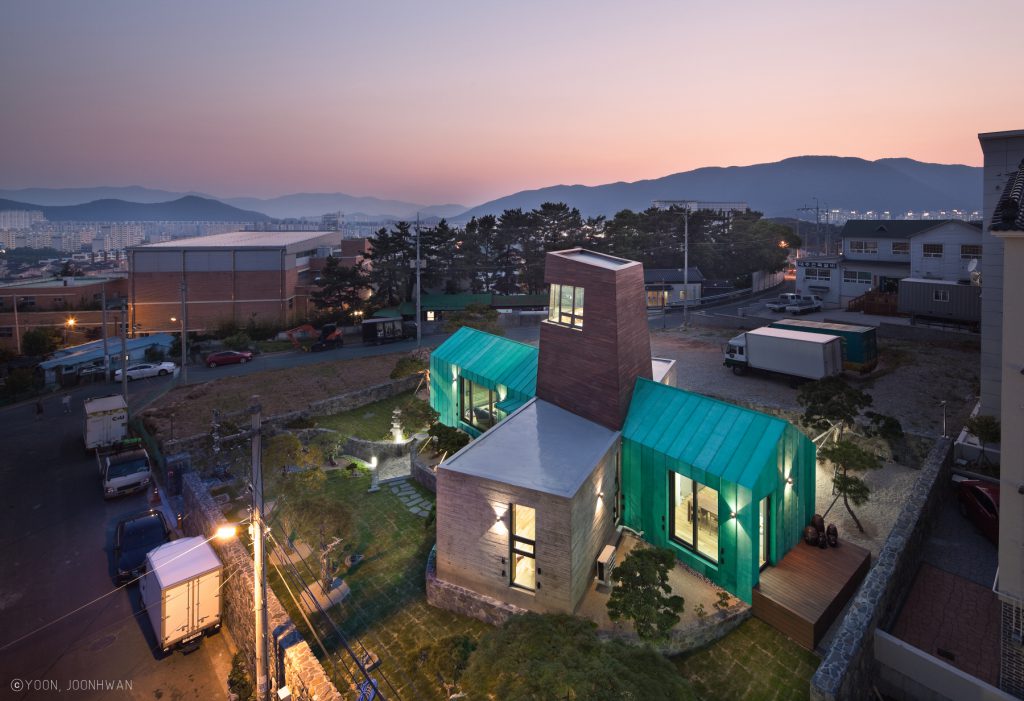 ON Architecture show with their Tower House that it might pay off to be subborn.

Guest post from the architect ON Architecture
The site is located in a housing land development area behind Gimhaehyanggyo Confucian School. The client purchased the site just because of its fascinating view over the cityscape of Gimhae, and wanted to build a house. However, unfortunately when he was eventually able to start the project, multi-household houses were already on construction around the site, and as even more houses were planned to come, thus the site environment seemed to come up with a different scene which betrays the client¡¯s wish. Nevertheless the architect tried to do bring the cityscape of Gimhae that had captivated the client¡¯s mind, into the new house. Therefore, as a solution, he introduced a concept of observation tower in a form of family room. And also, inspired by the hobby of client; collecting ornamental rock and pot-planting, the architect created a foyer with a vertical gallery connected to the tower. The foyer presenting another distinguishing feature to the house, works as a communal space linking and integrating all the individual rooms. And the vertical gallery provides an exhibition space with a circulating route for ornamental rocks and pot-plantings.
The client wanted to build a very small house compared to its site size. Therefore, it was difficult to use actively the vast outdoor space while the architect believed that a true architectural manifestation comes out of communication with the outside. At least, he wanted to give every each room a separated outdoor space. This architect¡¯s wish and the client¡¯s wish to have south facing living room and master bedroom filled with the sunlight are unified together and resulted in a unique x shaped building arrangement. The architect got attracted by in-between spaces created by the x shaped configuration rather than the shape itself. He placed living room, master bedroom, kitchen and small rooms one by one along the flow of house so that the in-between spaces formed among the rooms can work as an independent outdoor space for each space. Especially the in-between space of living room and master bedroom are oriented to the south in order to draw abundant sunlight into the space. The terrace in front of the living room, which is inspired by Numaru; a Korean traditional loft floor structure, is constructed above the ground over the slope flows into the garden, and the space under the terrace structure is designed as a resting space. Tower House will deliver a very new living environment filled with diverse features to the client.
Projektdetails